The year was 2014, and down under in Sydney Australia, two brothers were at the helm of a thriving business, dealing in used cars. On Parramatta Road to the west of the Sydney, yard after yard was being swallowed up as the group's success led it to expand operations.

Bubbling away under the surface, a threat to the success of the group's business model was growing. Courtesy of the world wide web, consumers of used Japanese imported vehicles were starting to become aware of the fraudulent nature by which certain licensed dealerships were maximising profits by purchasing accident grade vehicles, then winding back the clock on the vehicle's odometer and selling the car as an immaculate, low-mileage example.

With the help of their contacts in Japan the group came up with a sophisticated technique to squash this new threat, in addition to winding back the odometer - they could now also 'wind back' the official paperwork to match! After discovering this technique, Japanese History Check has featured a warning on it's FAQ page since 2014 and has been protecting it's customers against the practice since. Sadly, the trick was not only effective in duping consumers, but also other history checking services who have failed to point out the discrepancy to their customers.

We refer to the technique as an 'export certificate refresh'. In this article we show you exactly how the technique works, courtesy of a live example - a PE52 Nissan Elgrand luxury people mover, currently for sale in Sydney, Australia by a licensed motor dealer.

Advertised with only 72,000 kms on it's odometer, this vehicle is one of the cheapest PE52 examples on the market at just under $30k AUD. Lets take a look at the registration certificate for this vehicle to see if we can verify the mileage: 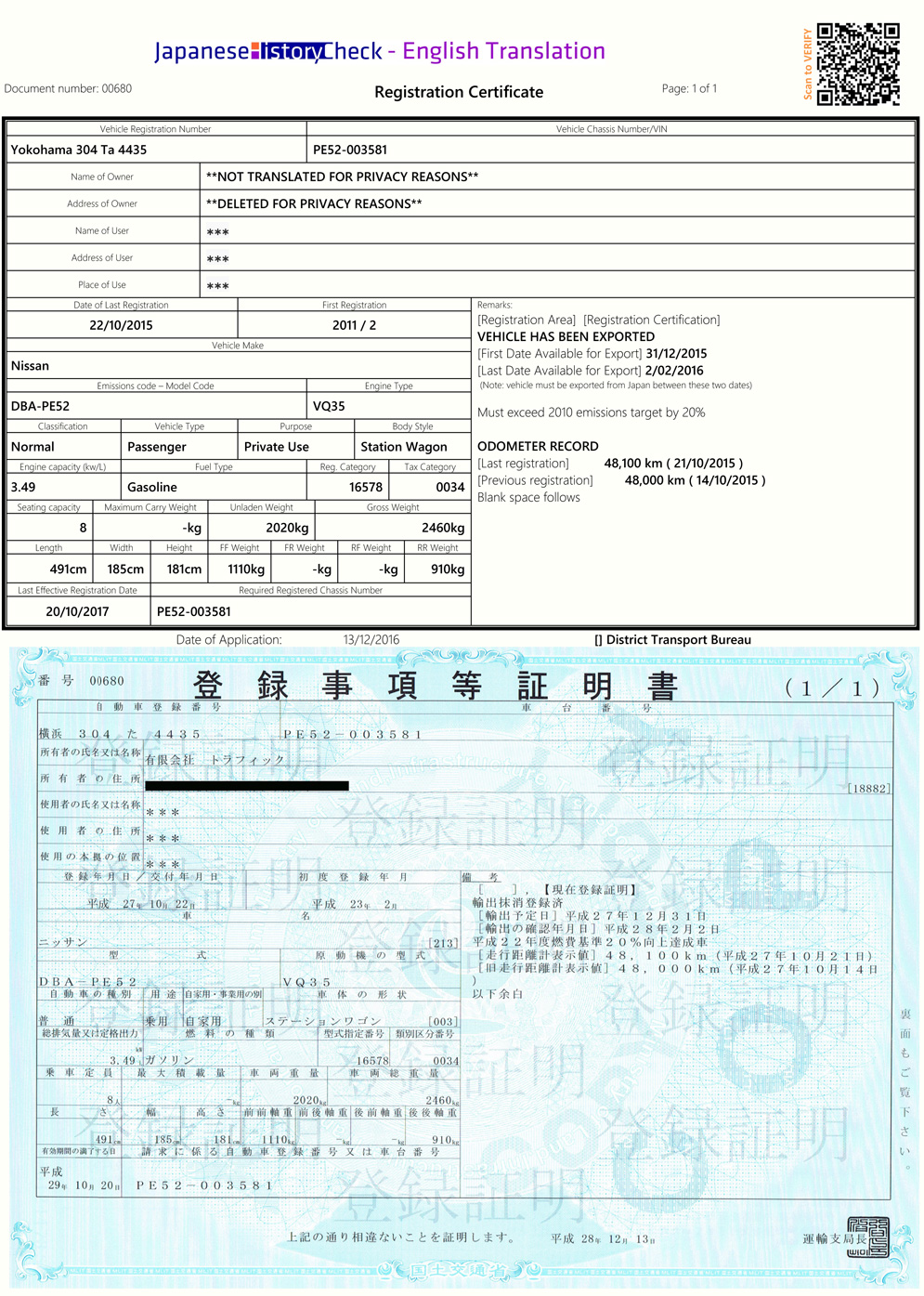 The last recorded reading is 48,100 kms in October 2015, just a few months prior to import - so the mileage checks out right? WRONG.

The Japanese government only keep records of the last two registration events - it is crucial to take a look at both readings and the the dates on which they were recorded. The Japanese registration system is designed around inspections which take place after 3 years from when the vehicle is new, and every 2 years after that. As such, in the majority of cases you should see roughly a two year gap between the dates of the two mileage readings. Renewing early is possible, but the shaken registration process is expensive with many fees involved. Let's make a summary timeline of what happened according to this vehicle's certificate:

An export or registration certificate that looks like this is highly irregular to say the least. We have previously contacted the department of transport in Japan (MLIT) to seek their interpretation on such examples, their response: 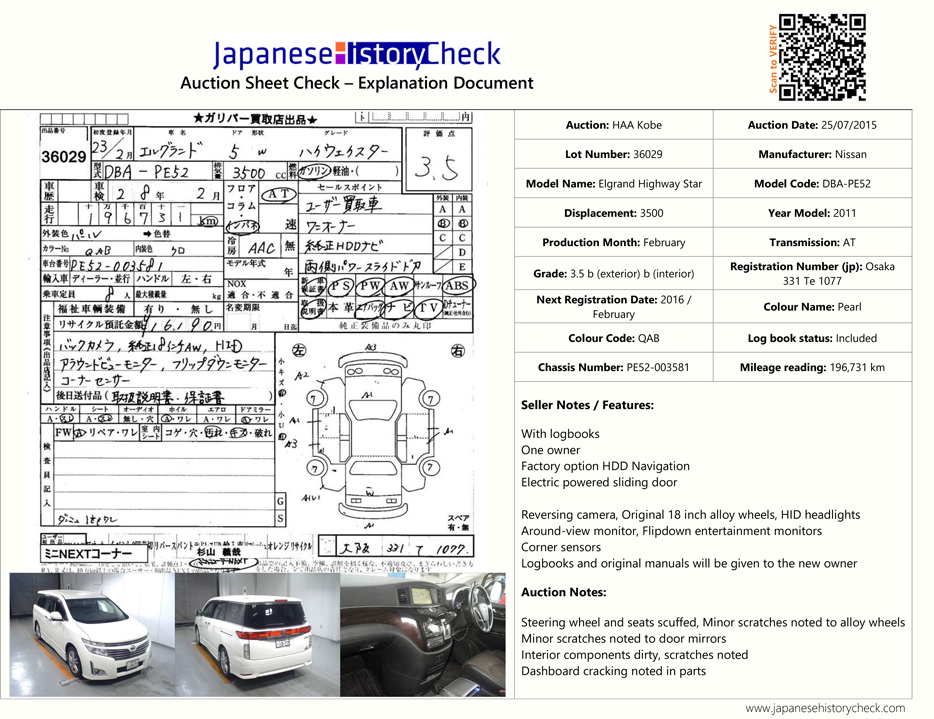 The auction has recorded the odomter reading at HAA Kobe on 25th July 2015 as: 196,731 kms !!! That's an odometer rewind of least 148,000 kms. Now we can see why someone might seemingly waste decent money to clear a previous mileage reading from the Export Certificate.

Further to the extra expense - the Japanese Exporter also places himself in a very risky situation as for a short period of time prior to export there is irrefutable proof that they have been involved in tampering with the vehicle's odometer.

Doubtless, there will be much whinging, moaning and countless excuses made by the dealer advertising this vehicle. For some bizarre reason even dealerships who play fair have lept to this dealers defense the last time they featured in our spotlight! JHC was not born yesterday - we have been watching this industry closely for years. One does not need to spend too much time on WayBackMachine to establish that this dealer has had a significant connection with the group who developed this technique, and whose fraudulent activities are well documented.

Sadly, purchasing a used import from Japan can be a tricky process, but on the flip-side these cars can represent great value - our services are here to help you avoid the pitfalls!